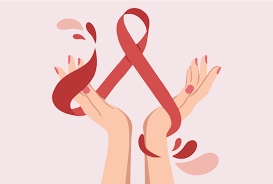 As we reach July, it is essential to shed some light on a lesser-known subject: July as HIV Awareness Month and its relationship with sexual violence. Sexual assault and HIV are both issues that our society has faced for many centuries. Still, they are often stigmatized and overlooked due to the isolating nature of the problems. HIV is a viral infection that can be passed on to others through sexual contact with an infected individual or by sharing needles with someone positive for HIV. Sexual violence often increases one’s risk of contracting HIV. The social stigma for both can be burdensome and debilitating for survivors when they may not get the help they need for treatment and healing. Women, people of color, youth, and residents of poor and developing areas are often disproportionately affected by HIV. Some common risk factors for sexual violence and HIV are gender-based inequality, a societal belief of male entitlement, absent or weak consequences, sanctions or responses, and social instability or poverty. In 2003 alone, it was estimated that between 1,039,000 and 1,185,000 people lived with HIV in the US. In 2005, the majority of HIV positive individuals were found in the age demographic of 40-44 years old, with 73% being male, 47% being black, 34% white, 17% Hispanic, and <1% American Indian/Alaska Native and Asian/Pacific Islander. These demographics show that in 2005, most individuals between 40-44 years old with HIV were male. From this sample, 61% reported contracting the virus by having sex with other men, 18% reported contracting it from intravenous drug use, 13% from sex with women, and 7% from intravenous drug use combined with sex with other men. For the women in the sample, 72% reported that they contracted HIV from heterosexual contact and 26% from intravenous drug use.

Many factors may increase the likelihood of a survivor of sexual assault contracting HIV. Many individuals involved in the sex industry or sex trafficking experience high levels of sexual violence and often lack access to the tools and resources to protect themselves from HIV. Including bite injuries, multiple offenders in the assault, vaginal and anal penetration, genital trauma or tears, the presence of sperm or semen in or around the vagina or anus, or offenders that are intravenous drug users themselves. Trained professionals in sexual assault healing and prevention must understand the risks of HIV and how treatment may differ for each individual. While testing for HIV may be an essential part of the healing and treatment process for sexual assault survivors, it might also exacerbate the trauma if the testing co-occurs as the forensic exam. Just the added risk that a survivor may have contracted HIV could be too overwhelming for some survivors; therefore, tailored counseling and support are imperative. If the HIV test is performed simultaneously as the forensic exam, the test would only be positive if the survivor had HIV before the assault and not if they contracted it during the assault because HIV takes an average of three weeks to develop. Not all emergency room personnel have been adequately trained in HIV testing counseling and support, which should be changed to promote the healing of all survivors of sexual assault.

July is HIV Awareness Month, and it is essential to understand the risks for each survivor and how to help their unique situations.