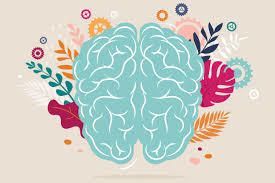 There are multiple psychological results and distress that surface after a person has been sexually assaulted. It might only take a few minutes to assault someone but take multiple years to recover from it. Hence, it is very important to educate everyone on the effects of sexual assault trauma, as well as deliver the message that seeking help and reaching out is not something to be embarrassed about.

Post-Traumatic Stress Disorder (PTSD) is experienced by 94% of women after being assaulted, which makes it the most prevalent disorder due to sexual assault. PTSD is a psychological disorder that occurs after experiencing a traumatic event, that further leads to intense psychological distress. There isn’t a generic way to handle PTSD, which means that every survivor must deal with it differently than others. Being that there isn’t a “one-way works all” way of treatment to dealing with PTSD and counselors and therapists must work in different ways for each survivor. However, one of the common ways to avoid triggering these feelings is for survivors to avoid situations and events that might lead to a trigger of stimuli that could further cause intense impairment to a survivor’s daily life. For that reason, it is encouraged for survivors to seek help in order to avoid further psychological distress and begin a treatment process.

Recovering from PTSD isn’t only measured by eliminating symptoms that the survivors might be experiencing. In fact, healing from traumatic experiences such as assault doesn’t mean that the person will completely forget what has happened to them. Usually, healing is measured through the survivor’s ability to increase their focus on the present, gain control of their lives and thoughts, forgive themselves for any guilt or shame they may be feeling, increase their ability to gain stress-reduction skills, and so on.

Sexual assaults can cause other prevalent psychological effects as well, including major depression, anxiety disorder, eating disorders, and phobias. Other consequences that survivors might experience are self-mutilation, suicidal thoughts, dissociation, drug and substance abuse, and panic attacks. Additionally, there are so many more effects that survivors experience that aren’t psychological, these could include STIs/STDs, chronic physical diseases, chronic pain, weight gain and weight loss, and sexual problems such as pain during intercourse.

On the other hand, there are immediate, acute reactions that are present during or right after the assault that might be intensified as time passes. These feelings include numbness, sadness, shock, disbelief, embarrassment, guilt, shame, isolation, and more. It’s important for the survivor and those around them to recognize these feelings and validate them. As a loved one, it’s important to let the survivor know that they are believed and that you support them no matter what. You must be open and ready to listen to their story, even if they repeat it over and over again. It’s very important to acknowledge their feelings and emotions with no judgment. Assure that person that whatever happened to them was not their fault and that it was solely that of the perpetrator. No one deserves to be sexually assaulted, raped, or abused no matter the situation. Lastly, it’s important to encourage that person to seek medical attention such as counseling and/or physical exams.

Sexual assault affects many women and men around the nation and it's important to work together to prevent it. With all the psychological and physical trauma, it brings about it’s crucial to listen and believe it when someone expresses their feelings and experiences.