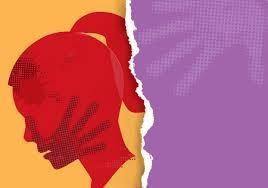 Rape has been a dilemma for years, especially on college campuses. The reason for this is the propagation of Rape Culture. Rape culture is the normalization of sexual violence within a society. Rape culture on college campuses is very prevalent. We educate females how to protect themselves from rape instead of taking initiative to educate others to not rape or to be a bystander intervener to stop sexual assault firsthand. Rape culture also impacts men, although less common, males also face sexual harassment and rape on college campuses. Another aspect of Rape Culture is that is normalizes victim blaming, where we convince and blame survivors that it is their fault they were raped or assaulted. These accusations can cause psychological impacts to develop on these survivors. Some examples are major depression, post-traumatic stress disorder, major anxiety, and many other psychological disorders.

Those who sexual assault, harass and rape do not usually face consequences for their actions. This causes survivors walk around their campus whit the knowledge that their attacker is still around. This creates a hostile environment for the survivors to live in, especially on a college campus, making nowhere feel safe. A lot of victims don’t report when they have been sexually assaulted or raped for fear of repercussions, embarrassment, being blamed, or that people won’t believe them. These fears are a result of Rape Culture. Encouraging students to report when they have been raped or assaulted in any way is an important step to stop Rape Culture and to create a healthier campus. Stopping Rape Culture would create an environment that discourages victim blaming, which is a key step to diminish sexual assault on campuses.

Bystander intervention is a must to solve the Rape Culture epidemic. To stop sexual violence and rape, we must understand what causes sexual violence in the first place, to understand the root of the problem. Some of the most common causes of sexual assaults are peer pressure and substance use. College rapes usually involve drug and alcohol use where either the victim, the rapist or both are under the influence. Educating college students that, while someone is under the influence, a person’s judgment is impaired, and they are unable to give consent. While impaired the person usually doesn’t know what is going on, so consent cannot be obtained. The other cause is peer pressure in which people feel pressured to participate in activities that they do not feel ready for but have seen it in media as examples of what they “should” be doing. This peer pressure from society as well as peers is another aspect of Rape Culture, where the activities have been normalized that “all people are doing this” so they feel outcast if they do not participate. This is increased on college campuses where everyone has seen the college movies and copy what it in them. Encouraging students to speak out against those who are pressuring their mates to do something, the mate has shown hesitance to doing. This intervention is usually seen as being a “buzzkill or party pooper” by those peers pressuring. Being this person will help stop a mate from doing something wrong that would eventually lead to unwanted consequences. These peers upset by the “party pooper” is more examples of Rape Culture, these bystanders are mock and pushed out for stepping up to help those unable to help themselves. This is behavior that we need to change.

Rape Culture in society and on college campuses allows for sexual assault and rapes to happen. These then lead to psychological disorders for survivors that can last for years. Survivors then live in fear even in their homes on campus which should be considered a safe place. Survivors struggle with many problems after trauma and it impacts many aspects of their life especially, their future relationships. Diminishing Rape Culture would decrease sexual violence, which will further create a more peaceful and safe society for everyone.