My Costume is NOT Consent 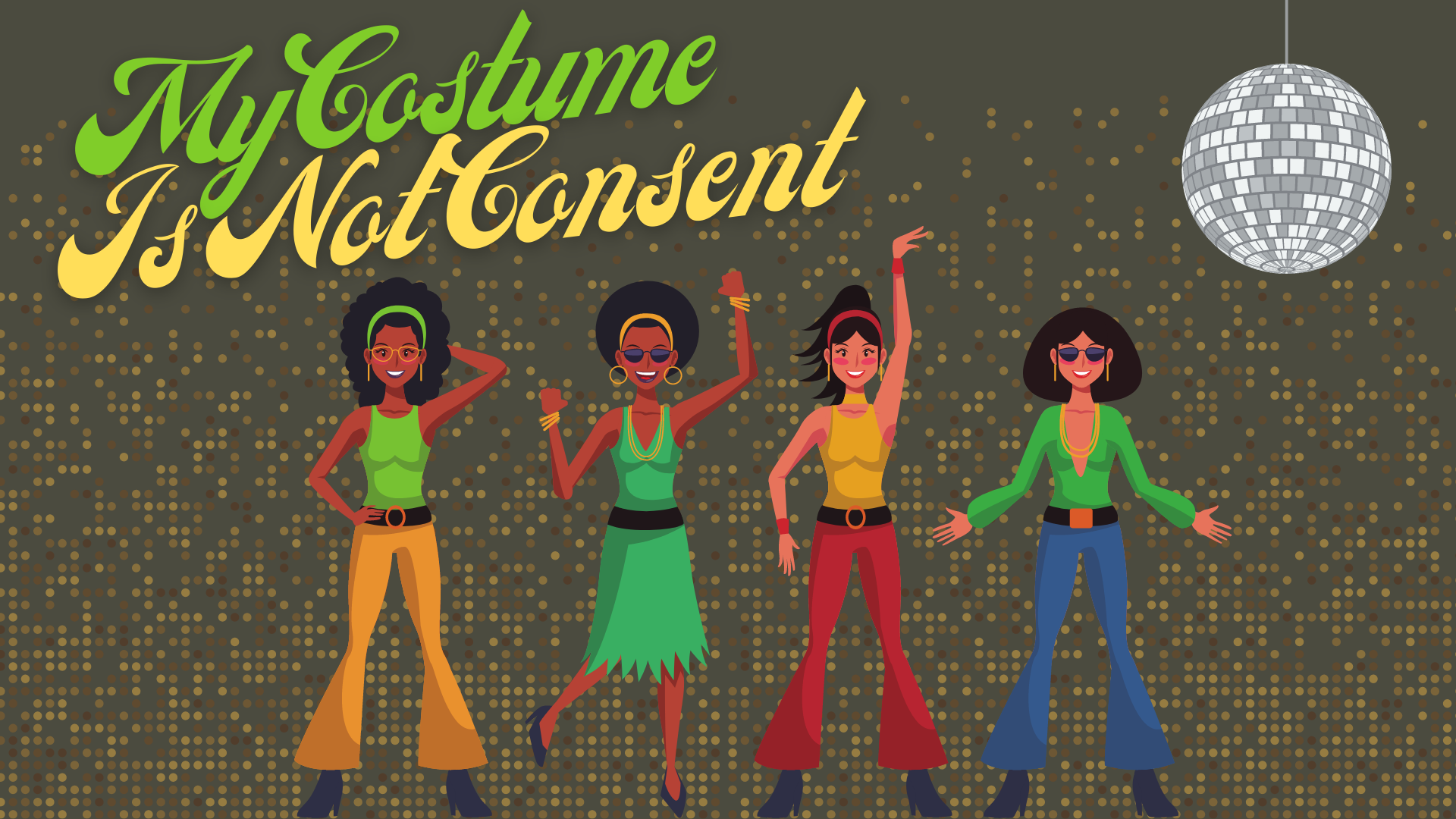 It’s Spooky Season and the big day is almost upon us, aka Halloween. We grow up seeing Halloween as a time for trick-or-treating, indulging in candy, scaring ourselves, and dressing up. As people start to age out of trick-or-treating, but they are quite old enough for bars, they transition to passing out candy, turning their house into a haunted house, or creating more in-depth and elaborate costumes. As we get older and move out, for some, Halloween quickly becomes associated with going out, parties, and bars. This means instead of being spooky escaping a haunted house it can become a night of fear, trying to escape lewd comments, sexual harassment, and grabbing hands.

In my short 6 years in adulthood, on and around Halloween, I have witnessed people being stalked, harassed, touched without permission, and catcalled for the meer fact they were wearing a costume. Security guards would pat young girls up and down, looking for “weapons”, as they were only wearing tights and corsets. The culture of violence has become a normal characteristic of Halloween, and it is NOT okay. A costume and holiday are not a free pass on respecting others and asking for consent.

RAINN estimates that 1 in 5 women, on a college campus, will experience sexual violence. With over 50% of sexual assaults taking place in the fall. With 95% of all assaults being perpetrated by someone the survivor knows. When we look at these statistics, in tandem with thinking about how they relate to Halloween, it can be terrifying. But my goal isn’t to scare anyone. My goal is to communicate that sexual violence is real, and there are certain times and places where we have accepted sexual violence as normal and something that simply comes with the territory, but that is not true.

To wrap it up, my costume is NOT my consent.

-Halloween is not an excuse to touch someone without consent