It's Okay to Forgive 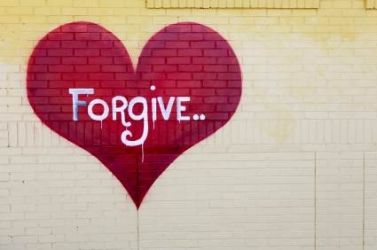 Although I am black, I still recognize that as a cisgender straight male I benefit from certain inevitable privileges in society; gender representation, safety when I go out (for the most part), being welcomed into most spaces, etc. What I mean by that is simply when I watch tv or movies, although there may not be a black lead or star, the star will more than likely be a straight cis-male like me. Everything will not be identical, he may not like exactly what I like, look exactly how I look, but it is guaranteed there will be parallels. When I go out I don’t have to grab mace or worry about staying in a group to stay safe from the guy in the corner that keeps sending drinks my way or following me. I am not denied nor fearful to go to certain places simply because my gender identity is different from what I outwardly present. I do not worry about being denied a loan or employment based on my gender. But what does this have to do about forgiveness? Don’t worry I’ll get to that. This week’s entry I would like to focus on my second point about privilege and safety in regards to women.

In college I was no stranger to going out, the backend of my collegiate career I was out religiously. One thing that I prided myself on was making sure everyone got home, especially the ladies within our group. I felt like it was my duty to protect them from “creepy” guys. Recently I’ve had a few of my friends confide in me about assaults that have happened to them previously.  I felt like a failure. I remember being filled with anger, I was mad at their assailant, but I think I was madder at myself for “allowing” it to happen. When I was told, it consumed my week. Then one day I just decided to stop beating myself up and forgive myself. It was particularly hard for me because I can hold grudges with the best of them. If holding grudges were a superpower Edna is currently making my super suit (shameless Incredibles reference). I forgave myself because I realized it wasn’t my fault and was superfluous to hold onto those feelings. I wasn’t even there when the assault happened. Assault doesn’t happen because of survivors or friends actions, assault happens when someone who perpetuates violence is present. With all that being said I’m here to advocate for forgiveness on behalf of men, women, and/or anyone that is on the fence about it.

Forgiveness I think has gotten a bad connotation, forgiveness isn’t for the benefit of the attacker, assailant, wrong party, or whomever, forgiveness is and always will be for my/your/our benefit. Forgiveness doesn’t make you weak, on the contrary forgiveness makes you stronger. When you forgive someone you don’t have to forget. It shows you can take their punch, get back up, and still move forward and learn to trust. Another prudent point I feel I should add is that you should be selective with your forgiveness. You forgive when you’re ready, whether that's in a day, a month, a year, 10 years, or never. The ultimate result of forgiveness is for the benefit of your mental health, and no one should have a say besides you on how great that is. Did you know people who exhibit the ability to forgive tend to go on to develop better and longer-lasting relationships? If you’re like me, forgiving yourself is often harder than forgiving someone else, however, there is evidence that men and women who forgave themselves routinely reported being less depressed than their counterparts who didn’t.

To surmise, forgiveness can heal, it has been and forever will be for the benefit of the forgiver. To be clear I’ll also say that in no way am I advocating for anyone to prematurely pardon anyone if they’re not ready. There'll be nothing to gain from that result. I am advocating for you to forgive yourself, to not hold yourself to a standard you would never hold anyone else. In closing, process the emotions you’re feeling and the experiences you’re remembering. Be kind to yourself as you process and choose when and how to forgive.