Rape Culture within the Hispanic Community 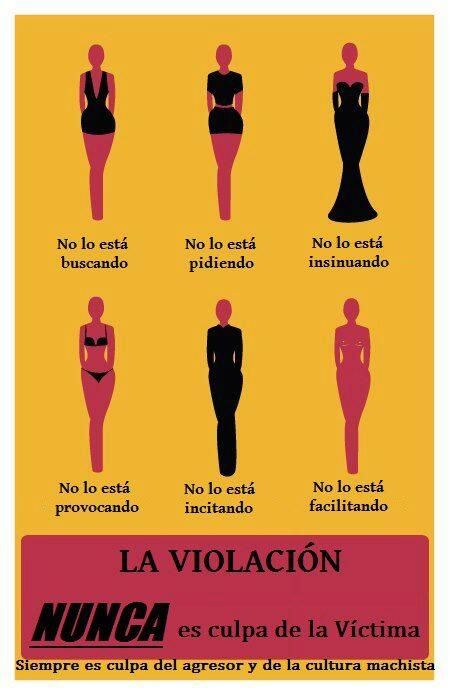 Irma Julia Garcia de Leonor (44) from El Salvador committed suicide on December 19, 2017. She was abused psychologically, physically, and sexually by her husband, Héctor Danilo Leonor. She tried to seek help but felt she could not. Mariana committed suicide after years of trauma and felt there was no justice for the abuse that was caused in the hands of her partner. Like her, there are hundreds more who do not seek help out of fear and feel their only option is suicide or to continue to live in the cycle of abuse.

Women like Mariana and Irma have stayed with their partners for many years, although they suffered abuse in all forms. Why? For fear of the justice system, fear of what others will say will say, and many other reasons. It is normalized in our culture and society that women have to be submissive towards men. In many soap opera shows, we see that women have to comply with what men say only because they are married; for example, in the novel "What Life Stole from Me", which is one of the popular novels where actress Angelica Boyer plays a girl who marries a man to save her family of debts. In one scene, the protagonist is raped by her partner. During the rape, the man tells her that she as a woman had to fulfill her duty as a wife. Later, the protagonist falls in love with the aggressor. This is not just an example that women are taught to be submissive, but it is also an example of what Rape Culture is.

"How were you dressed?"

"He is your husband"

"Why did you leave so late?"

"Don't complain, you were lucky"

"I already want to be raped"

Rape Culture is everywhere and I know it remains etched in our minds. Many justify  sexual violence through Rape Culture. The terminology "Rape Culture" was created by feminists in the United States in the 1970s. It was designed to demonstrate the different ways in which society blames victims of sexual assault and normalizes it. Many feminists have provided excellent definitions of what rape culture is and how it develops. Growing up in the Hispanic community, you will always see a level of masculinity that is perpetuated as healthy and increasingly common. That mindset has been created that men can do what they want, when they want, regardless of permission. Now this doesn't generalize all Hispanic men, but it's common in our culture. Another important aspect is that sexual assault toward men is not “believed”, but According to statistics, in the United States, 3% of Americans have experienced sexual violence in their life and in our culture, this is hardly talked about.

How is rape normalized in our culture and society?

It is our duty and right to change this culture. Every day we can do something new to learn and teach others about this topic. We must be the agents of change.

How can we defeat the Culture of Rape?

1. Create a culture of consent.

2. Educate yourself on what it means to have a healthy relationship with your partner, friends and family.

5. Dive into what rape culture means.

7. Be part of organizations that help survivors.

8. Intervene and help others. Do not remain silent.

Always remember, you are not alone.