I Am Not Your N**** A Contemporary Analysis of Who Can Say "The Word." 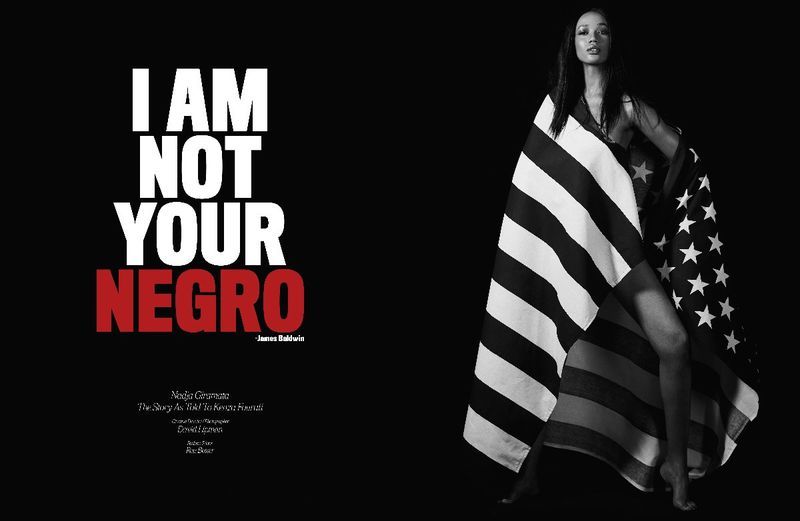 Good morning, afternoon, evening, or whatever phrase is relevant to you as you read this. As we get closer to a prominent, though lesser-known day in American History (Juneteenth); I felt it was important to have a discussion on an argument I’ve reluctantly listened to and been a part of. It even feels more relevant because there has been an influx in racist Tik Tok content and now some white women believe the name “Karen” is racist and just as bad as other racial slurs. So now seems like a perfect time to write an analysis on who can and can’t say “the word”. Disclaimer, I apologize if my thoughts seem everywhere as this is a sensitive topic for me, and I’ll also use this time to add a *trigger warning*.

Paul Mooney famously said, “Everybody wants to be a n****, but nobody wants to be a n****.” What does that even mean? Let’s break it down by asking a question. Why do people want the popularity, the coolness of Black culture, but no one cares about issues that plague the Black community, (i.e. police brutality, mass incarceration, inherent racism, discriminatory infrastructures in hiring, real estate, etc)? I could go on forever. I have gotten online and seen non-Black people refer to each other as n****. Not that it would justify it, but there were not any Black people even a part of the chat; arguably you could say that action is worse than calling a Black person that word. You yourself being not Black and calling another not Black person “the word” trivializes it and the struggle my Black ancestors went through. As a Black man, it is completely different when I call someone within the Black community that word. It is understood. Within the community, we know whether it is a term of endearment, a question, used to convey worry, etc. all by the inflection and pronunciation of the user’s voice. Now understand I am in no way advocating that this be done, but every marginalized group has words that the community is trying to reclaim, why not use your own when referring to members of your community? What is it about this term that draws you so strongly to resonate with saying it, does it leave a taste in your mouth that reminds you of a favorite childhood snack; does it evoke memories of a happier time in your life? As time has proceeded there has been the notion that if I don’t use it with malice that it’s okay and the Black community should accept that. I don’t know when, why, how, or who decided this, but somehow the Black community has to bear the weight of forgiveness. We are consistently told to forget the atrocities committed against us throughout history because it happened “so long ago.” Yet somehow people completely forget the fact that the society in place today benefits from those same atrocities that hamper our growth today. *Cough cough* looking at you Tuskegee Experiments, mass incarceration, Nixon and Regan’s War on Drugs, and I cannot, CANNOT, leave out slavery. You get it.

Please allow me to set the stage. The year is 2017 and Kendrick Lamar is rapping live in concert. He brings up a young concert-goer while performing his hit song “Humble.” The young woman, who just happens to be of the Caucasian variety is reciting the song with Kendrick. She happens to get to one particular line where he uses that word and she says it, confidently, almost effervescently. Kendrick rightfully so stops the performance and corrects the behavior. Cool, problem solved in my book. For reference, Kendrick uses that word a total of three times throughout the song so it’s not an integral part of it and could’ve easily been skipped, but that’s neither here nor there because even if it was integral she shouldn’t say it. This however did spawn a bunch of backlash and debates. I once found myself in a heated discussion with a Facebook friend. Originally we were on the same page that it shouldn’t be uttered by non-Black people. Then somehow there was a breakdown. A white man jumped into the conversation and stated Kendrick was wrong and that if he didn’t want that word to be said he shouldn’t put it in the song. I watched my “friend” fall into the trap of his logic and shut me out. I was dumbfounded! I mean here we are, in a conversation on who can say that word and they were ignoring the one expert in the field. I have never felt so powerless.

Now that brings me to Karen. Very recently there is a growing thought that the word Karen is racist and just as harmful as the n-word. At first, I thought it was a joke, just the latest meme sensation sweeping social media, but then I saw it gain more ground, a deeper following. People were actually posting this and were dead serious that a name could be racist, and more racist than what some would describe as the worst word in the English language. The notion that a name can be as racist as a word that has at least 600 years of hatred, discrimination, and violence behind it is ludicrous! Is this some sort of joke? This belittles the struggle and day to day plight of all African Americans. The thought that a name could usurp and replace a word in which most won’t even utter, a moniker bathed in misdeeds and wrongdoings is the epitome of entitlement and white fragility.

To sum it up, if you have to ask yourself if you can say the word, 9/10 you probably can’t and shouldn’t. As a rule, if you’re not Black, don’t say it. Regardless of how many Black friends you claim to have or how many Black stereotypes ( you didn’t intend to be racist but are still the same very racist) you think you “fit,” I am not nor will I ever be “your n*****.” If I may be so bold as to suggest something, why not just use the term buddy, pal, homie, or friend; those all work equally as well. There are not exclusive to any one group of people. Thank you for coming to my “TED Talk”.